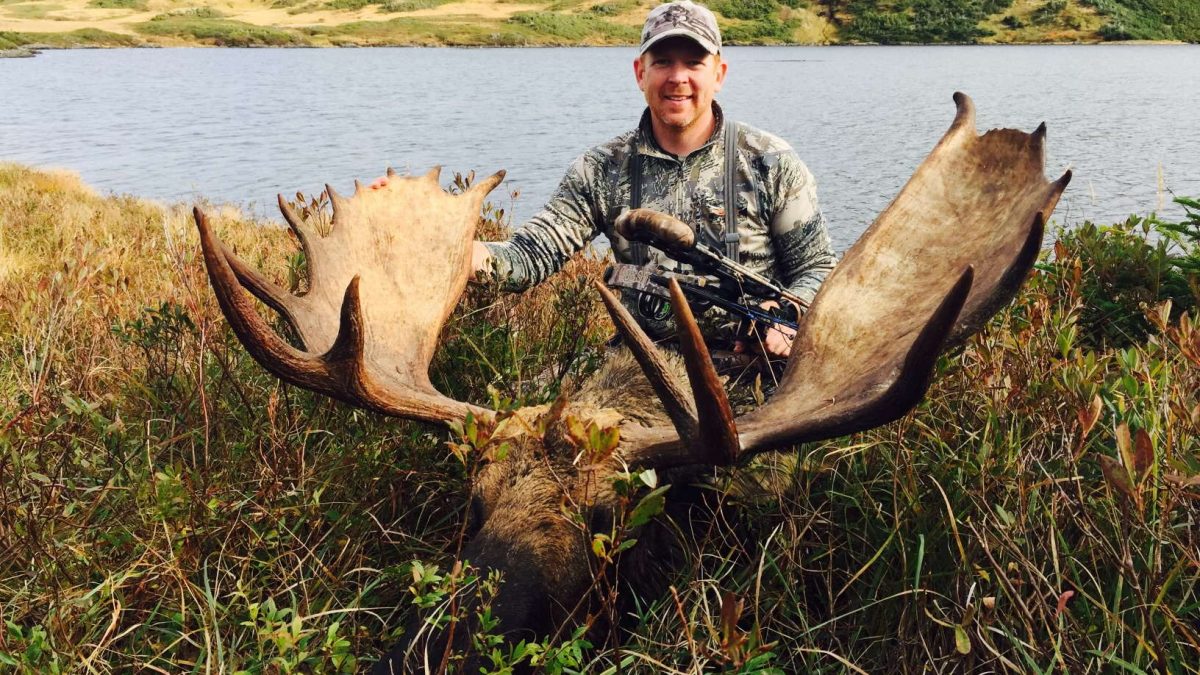 This month is always busting with anticipation as melting snow uncovers the living landscape of our slice of paradise. A new season of guiding and hosting is breaking through and we bring all the memories from past seasons into the budding, building energy of the new one.

We caught up with one of our past hunters, Brent McNamee, recently and he’s already making plans to come back for a THIRD hunt with us.

“I have been to Next Ridge Outfitters twice; the first time for a rifle hunt with my dad where we both shot nice bulls,” says Brent. “When I saw how many moose there were and how close you could call them in, I decided to return with the compound bow.”

With their guide, Chris Baldwin, also known as “The Moose Whisperer,” they were on moose in no time. After multiple encounters with young bulls in full rut, they moved to a hilltop to call in a moose. They instantly spotted a great bull and two cows, who he wasn’t interested in leaving.

“He wouldn’t leave them, so we got within 50 yards and turned on the grunt call, and he came thrashing and snorting and generally pissed off,” says Brent. “Chris held up a paddle and stopped him broadside at 10 yards and I let the arrow fly. He was so close and big, I actually hit him back a bit far and he ran off and held up at a nearby pond. After flinging some more arrows, the moose was fatally hit and died in the middle of the pond.”

Not only did they get their big bull, but their committed guide immediately stripped down to his skivvies and swam out to retrieve their beast with a rope. It’s important to leave with a great story to tell, right?

“When Shane and his team say they will go the extra mile for you, they really mean it, even if it means swimming in October in their underwear,” Brent says. “Next Ridge is a top-tier outfitter that gets hunters into remote areas with no other pressure. Everything is top notch and I plan to return with my son for his first moose when he is 16 years old.”

Now that’s what we call a successful hunt, or two. See you soon, Brent and family!